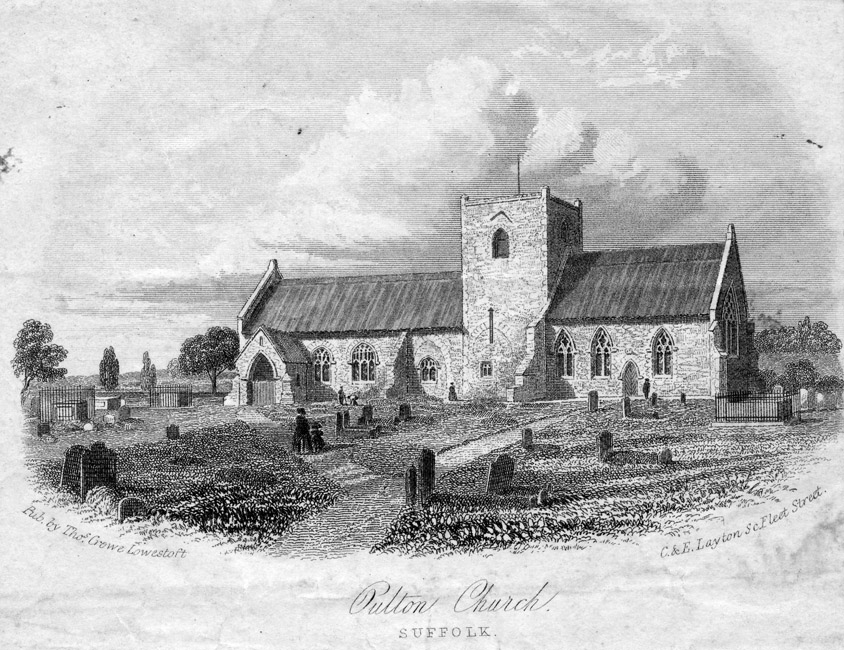 St.Michael's Church is the Parish Church of Oulton and is somewhat distant from the village of Oulton. Suggestions that the Black Death had something to do with this can be ruled out. There are no records to support this. The main reason is no doubt due to the principal manor house being established at High House during the Hobart ownership  and the subsequent growth of the village evolving around it. Part of the original boundary line that separated the more isolated Oulton from Lowestoft in the 1800s/early 1900s was Oulton Street. Everything eastwards of this was known as Lowestoft End and at that time sparsely populated. Because of the distance  to St.Michael's (and for that matter also to St.Margaret's Church in Lowestoft), the spiritual needs  of the villagers of this evergrowing village , was also served by two churches that were both built within the village in the early 1900s. One being an Anglican satellite chapel of St.Margaret's Church, Lowestoft (termed 'a chapel of ease'), named the 'Church of the Good Shepherd', which stood for many years in Meadow Road. It appears, from old maps, that the Good Shepherd church was originally named the Mission Room (in some publications it is named the Oulton Corner Mission Room). The other being a Methodist Chapel, built in 1903, which stands in Oulton Road (North).  This chapel was built on the site of an earlier Methodist Chapel which was built around 1851. (*see the document file link at bottom of this page).The former has now been demolished and a modern bungalow now stands in its place. The Methodist Chapel still exists but has now been converted into a private dwelling. Prior to this it operated for a number of years as an ophthalmic treatment centre known as the 'Eye Clinic'.  Both churches were sold in the 1970s, and some of the proceeds helped in the construction of the Oulton Community Centre. An integral part of the centre was the Oulton Community Church, the altar of which could be screened off when the church room was used for other purposes. Unfortunately the Community Church was closed for worship in May 2016 due to a dwindling congregation. It was deemed not to be financially viable to continue. This church was ecumenical and the Anglicans and Methodists had taken it in turn to run the church on a five yearly basis.

Returning to St.Michael's: It is believed that the church stands on the site of a church founded by St.Felix, circa 650 AD. (from whom Flixton is derived). It is also thought to have been the site of a Roman Temple. The church stands on high ground (in common with nearly all churches named St.Michael's) overlooking marshlands to the west. The view from which offers some spectacular sunsets. The main fabric of the building is 13th century but the base of the central tower is most certainly 10th/11th century Saxon. Other features indicate an 11th/12th century Norman influence. It was once a cruciform church (cross shaped in cathedral fashion) with a central tower and spire (now removed), the latter quite uncommon in Suffolk. All that remains of what was a much larger North Transept is now used as the organ chamber and choir vestry. This was also once used as a 'sitting' and 'chantry chapel' for the Lords of the Manor and regarded then as private property. The South Transept which was recorded as being in ruins in the early 1800s, has now been totally demolished. This had at one time an attachment to a South Aisle and the outline of the two arches formed by these, at their junction with the nave and the tower, are clearly visible on the outside walls of the church. The tower is an 18th century replacement and the porch is 14th century. There was at one time a Norman north door which was later bricked up. The church originally had a thatched roof but this was replaced with tiles, the weight of which in later years caused severe distortion of the roof timbers of the chancel. A complete reconstruction of the chancel roof was carried out in 1958. Two brasses within the church were stolen during restoration in 1857 (metal thieves existed even then!) but thankfully someone had taken accurate brass rubbing copies of them and drawings by the artist John Cotman also existed. Replica brasses now lay in their place. These were made (1978) and gifted to the church by the late Alex Hampton (an Oulton Broad boatbuilder) and his friend Alan Balls, employing a technique that they had developed using epoxy resin and brass filings. One brass, which measures just over six feet in length, depicts Sir Adam Bacon (Rector of St.Michael's in 1301), whilst the other is that of John Fastolf Esq., and his wife Katherine. The church originally had five bells, these were made in Norwich in the 1600s. Bells 2, 3 and 4 are dated 1618, Bell 1 is dated 1676 and Bell 5 is dated 1677. A sixth 'treble' bell was added in 1990. The font is thought to be the work of 14th century Flemish craftsmen and made in either Norwich or Ipswich.  It consists of an octagonal bowl supported by four lions above which are cherubs with outstretched wings spreading towards the base of the bowl. The panels around the bowl are carved with Roses, Lions and Evangelists. St.Michael's Rectory was built in 1836 by the then incumbent minister the Rev., E.P. Denniss at a cost of £1,600. A Parochial School was built in the rectory grounds in 1843, an entry in the White's Directory of 1855 records that 60 children attended the school. The lych gate of St.Michael's was constructed by a Mr Colin Baxter in the 1940s, using only hand tools. The register dates from 1564. Over the course of its history St.Michael's has been in the Diocese of North Elmham circa 950 - 1071, the Diocese of Thetford 1071 - 1094 and has remained in the Diocese of Norwich since 1094. In the 15th century there were two Religious Guilds associated with St.Michael's - The Guild of St. John the Baptist and the Guild of the Holy Trinity (ref: the will of Katherine Fastolf 1478).

Close to the church are several footpaths which connect it to Lowestoft, Flixton, Blundeston, Corton, Gunton and Somerleyton which were undoubtedly the highways that connected  villages in years gone by.   The Parish Council fought a legal battle in 1954 to keep Fisher Row as a public 'right of way'.  Fisher Row also had in Roman times a connection to nearby Burgh St.Peter via a ford across the River Waveney. Along this old highway the Roman Cavalry no doubt once trod its way from the Roman Camp at Burgh Castle, near Gt. Yarmouth to Caistor (now Caistor St.Edmunds) near Norwich.

There was, around 300 hundred years ago, another church much closer to present day Oulton. This was the Church of St.Andrew which was in the adjoining Parish of Flixton. It was situated on the top of the hill, to the north, seen from the B1074 Somerleyton road near Flixton Holes. It suffered severe damage in a gale in 1704 and fell into ruin after it was deemed to be beyond repair. What remains of this old church is just a pile of rubble and a few sections of old wall overgrown with bushes. The old wooden altar was recovered and is erected within Blundeston Church. The St.Andrew's font stands in Blundeston churchyard.

Below: Two photos of  St.Michael's Font 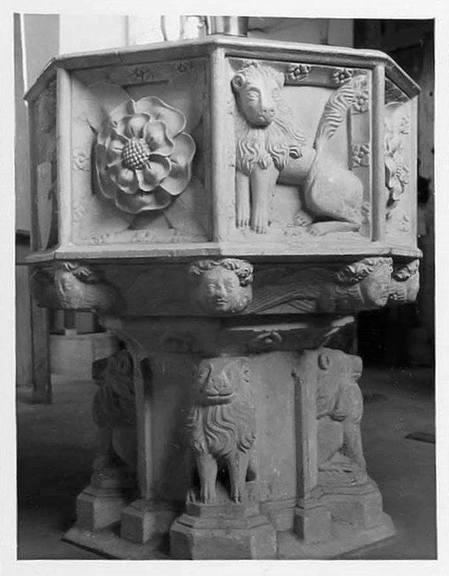 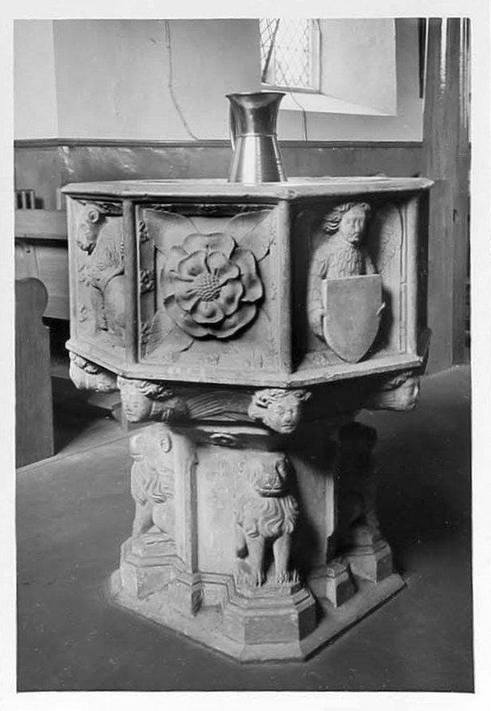 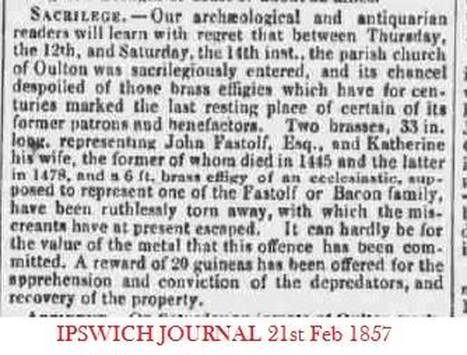 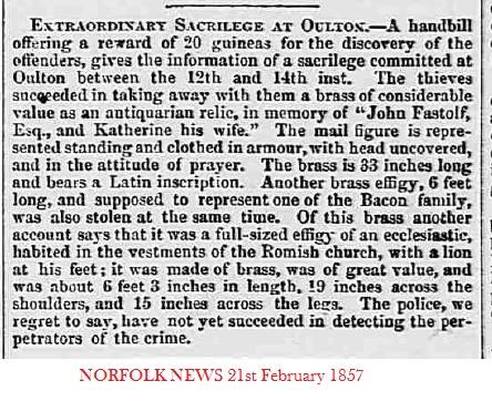 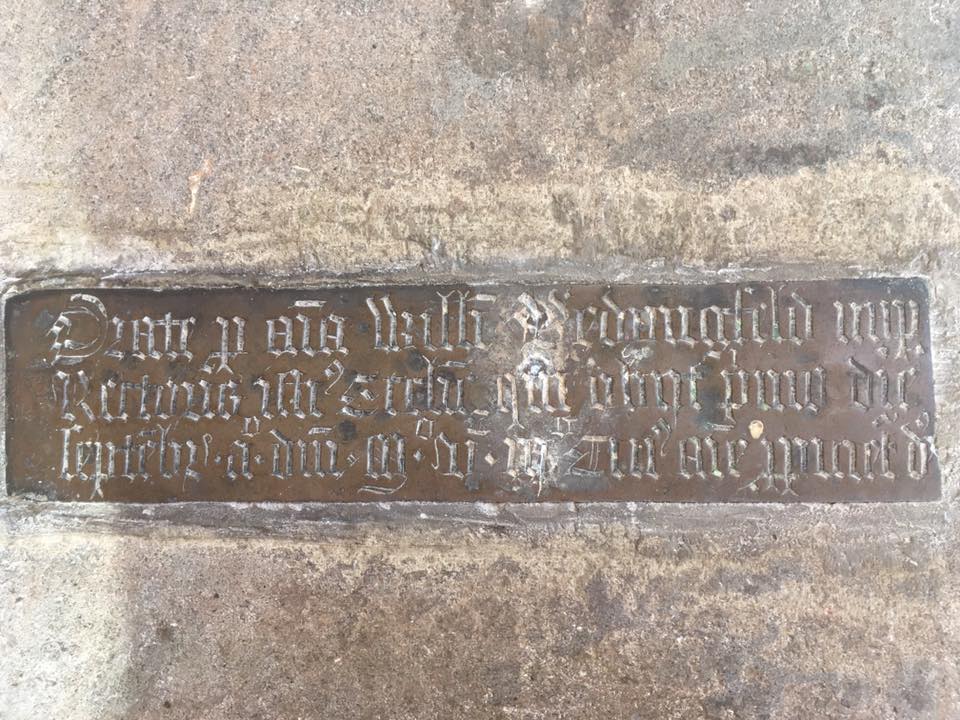 Above: A plaque within St.Michael's that marks the final resting place of William Bedingfield, who was Rector from 1453 until 1503. It is cast in abbreviated Latin and reads ' Orate pro anime Williami Bedyngfeld, nupor Rectoris istis eccelsie, qui objit primo die Septembris AD 1503. Cujus anime propitietus Deus'. The translation into English is as follows ' Pray for the soul of William Bedingfield, late Rector of this church, who died the first day of September 1503, on whose soul may God have mercy'
William Bedingfield is further recorded as the executor of the Will of Katherine Fastolf in 1478. Photo © W.Robertson 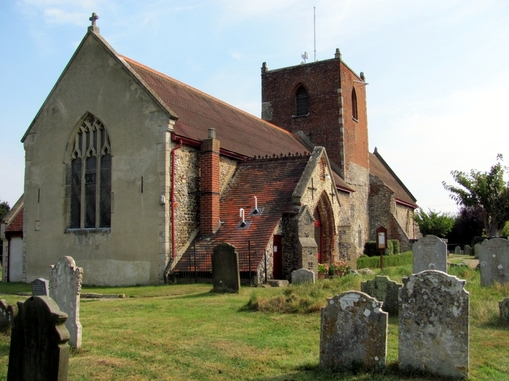 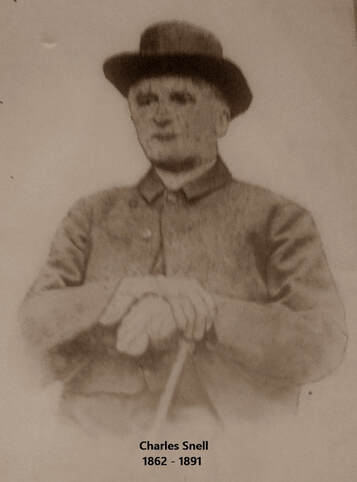 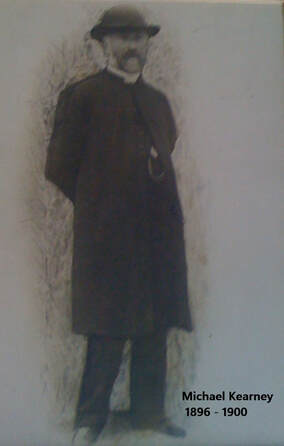 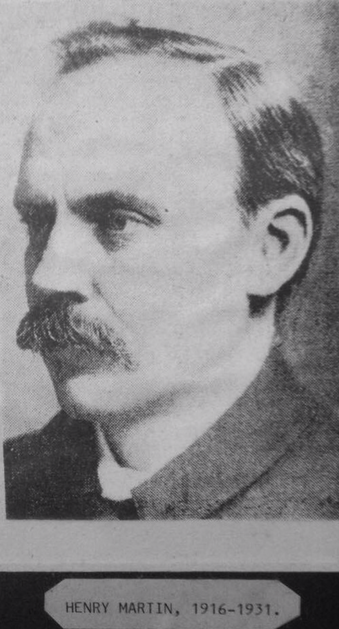 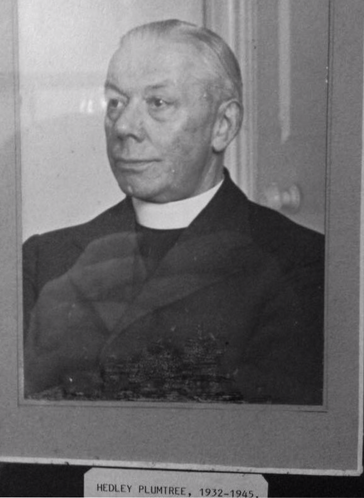 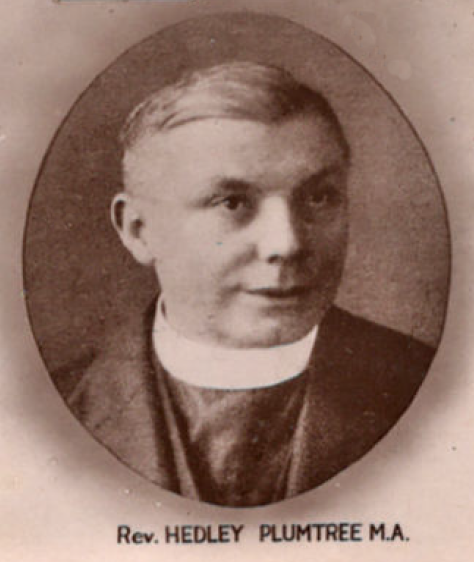 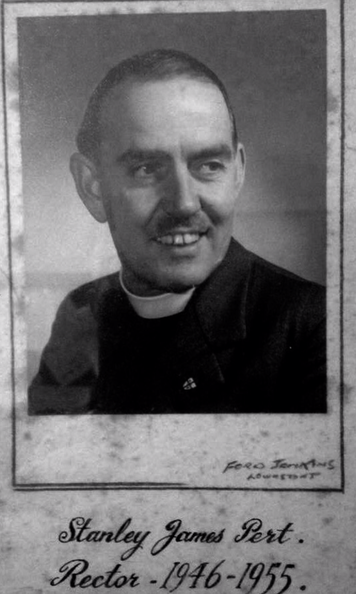 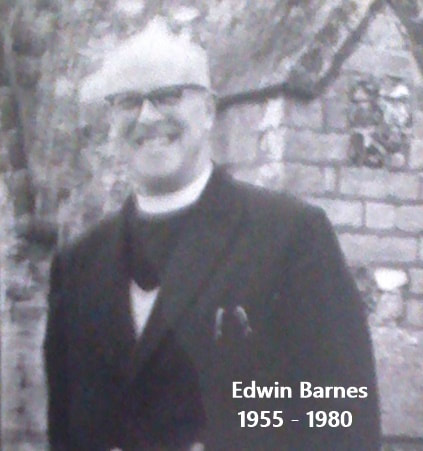 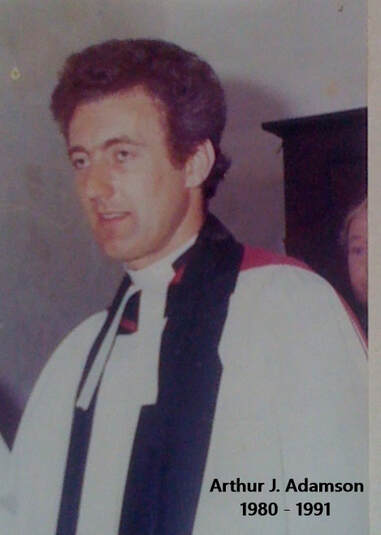 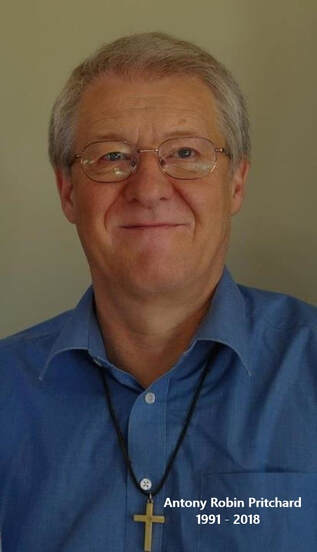 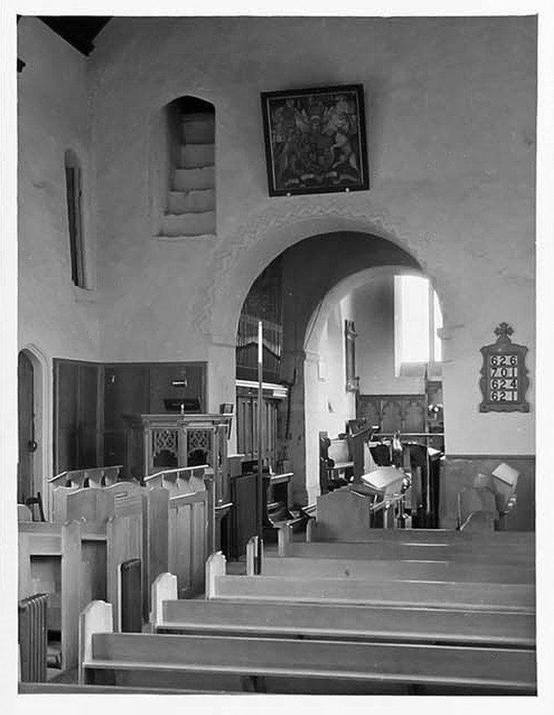 Above: The interior of St.Michael's Church 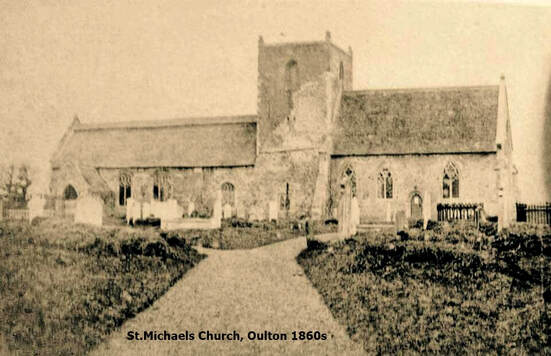 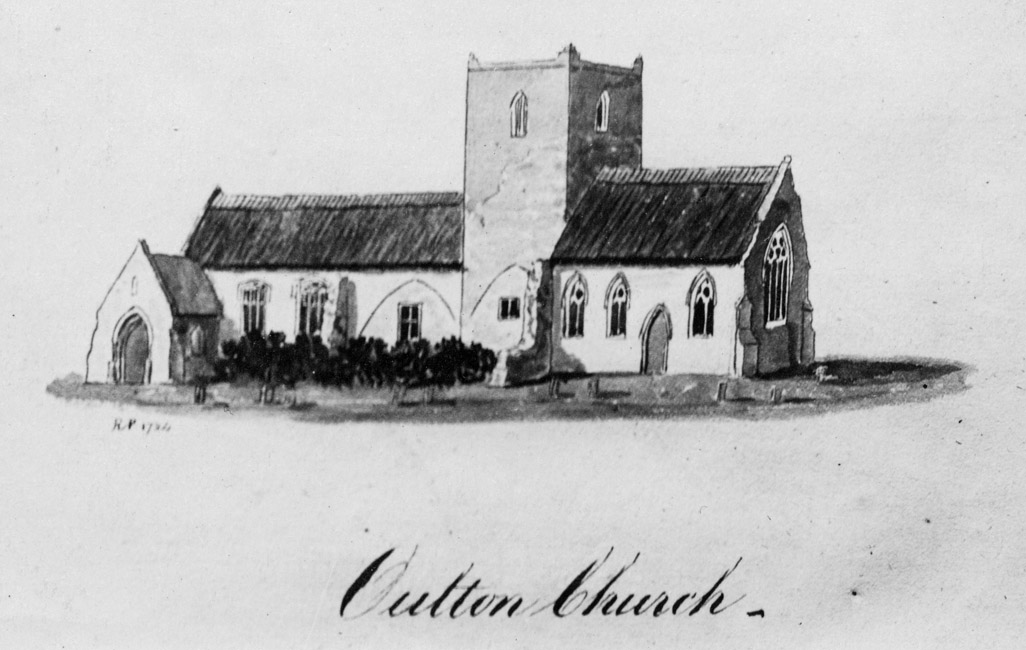 *The Document below gives an account of the demolition of the earlier Methodist Chapel in Oulton  and the building of the Chapel that exists now which was built in 1903. The account has been compiled from the minute books (1901 to 1903) of the Trustees of Oulton Methodist Chapel. With thanks to Norma Virgoe. 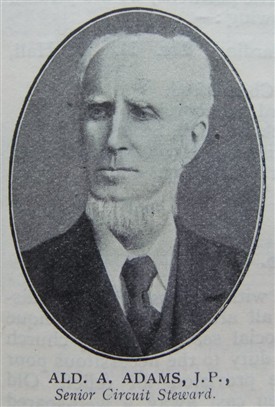 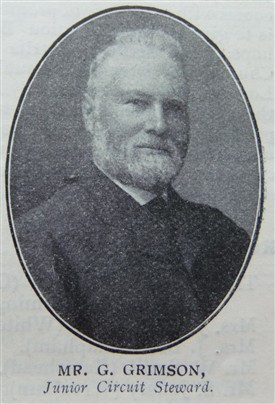 The two gentlemen depicted above are two of the main characters associated with Oulton Methodist Church. They are referred to within the contents of the above downloadable document. 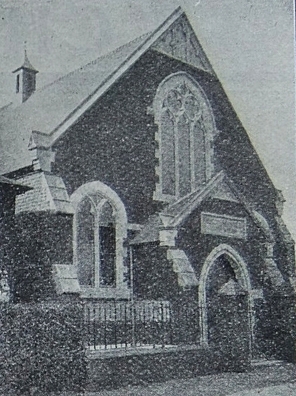